After the banking bust of 2008, lenders sharply tightened the taps on credit. Loans eventually began to flow again, helping the economy to limp back to its pre-recession size by 2013. But even as they resumed lending to consumers and businesses, British banks remained wary of one sector. Commercial property—shops, offices, warehouses and the like—is still suffering from a debt hangover that has now lasted more than half a decade.

With banks still reluctant to lend, foreign money has spurred the recent momentum, says Mat Oakley of Savills, an estate agent. At first the overseas investors were most interested in London, long considered an investment haven. Their purchases have driven up prices, pushing down rental yields (the annual rent on a property, divided by its price) to historic lows in some parts of the capital. Office space in London’s West End (near where The Economist is selling its own building) now costs almost as much in real terms as in 2007 and yields just 3%.

Read more here The Economist Shop ‘Til You Drop 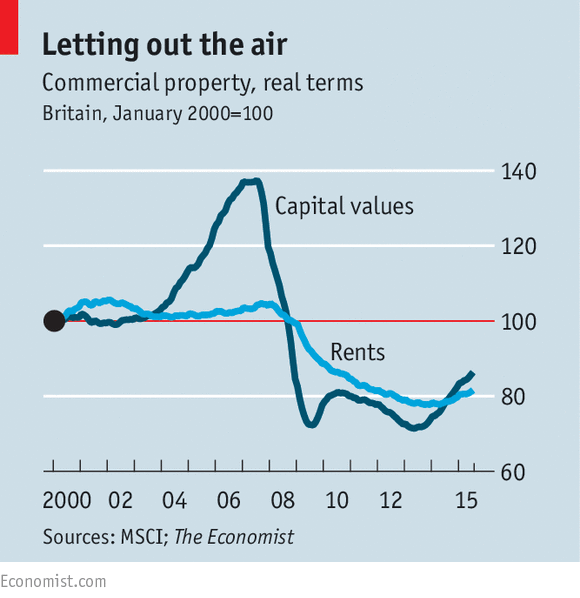